Cooking from scratch means pasta is a special treat not an everyday food. The dough is a mix of eggs and our bread wheat.  We role the dough through the pasta roller and cut into fettuccine. We boil the noodles for a few minutes then top with a sauce of tomato, ground beef, onion, garlic, basil, and shitake mushrooms. Nothing like a plate full of homegrown food! 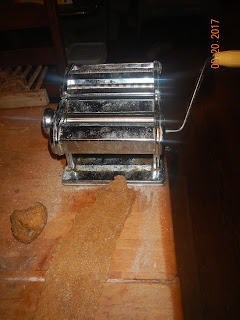 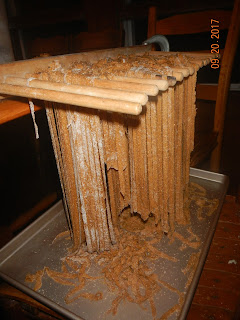 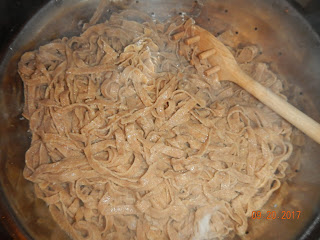 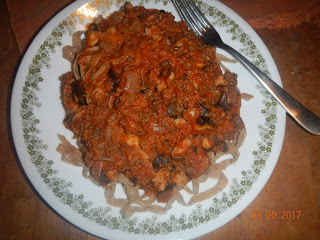 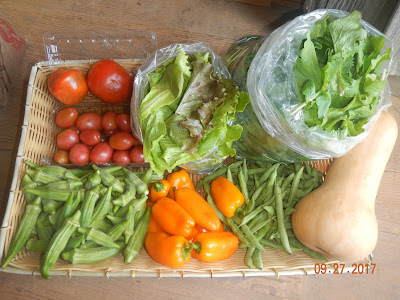 Sometimes, a new tool can make all the difference.  We recently bought a cast iron tortilla press.   After the first tortilla, Melissa was convinced we should have gotten one years ago.  The tortilla was a beautiful perfect circle and the right thickness.  But most important, the press was really quick and even the younger kids could help with great results.  While we enjoy cooking our heirloom white corn into hominy fairly often, making tortillas was more for special occasions.  The press has made it possible for homemade tortillas to be more of a staple for us, including frying tortilla chips after the day old extras.  (The press was just $20 at Compare Foods in Statesville.)
No comments:

Labels: At our table 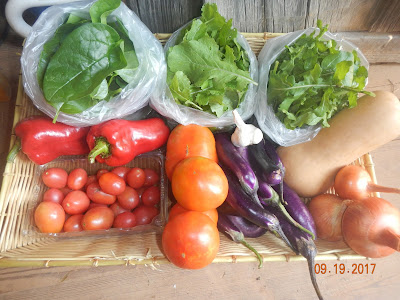 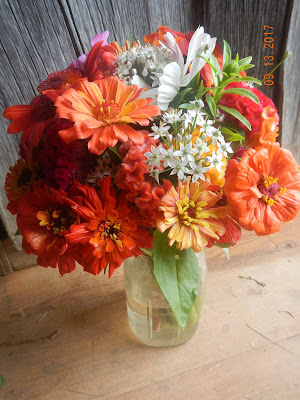 The story of dicamba (an herbicide used together with crops that have been genetically modified for resistance to the herbicide) has been in the news for a while now, but more and more evidence seems to be filling in the story, and the following article seems to do a good job of bringing it together pretty succinctly.  We recommend you read it.

A point the article touches on in passing that we'd like to focus on is how the early steps away from local food sovereignty may not be so bad, at least as far as science is able to clearly demonstrate at the time those choices are made, but even in the early stages science can point to the fact that the bio-tech and chemical solutions are only going to be temporary solutions, and nevertheless we can also know ahead of time that accepting those temporary solutions means burning bridges to more traditional ways of farming.  For example, suppose some bio-tech trait coupled with a chemical herbicide offers the possibility of labor-savings that would allow farmers to grow two or three or four times as many acres as before: what happens after, in order to make way for the greater profitability and efficiency of the new way of farming, all those family farms that have sold out or gone broke or have ceased to be worth passing on to the next generation... what happens when the high tech solution quits working?  Our agriculture will then have become dependent on finding and accepting a new generation of chemical and bio-tech solutions; those relatively smaller family farms that could have dealt with the problems without the same kind of chemical dependency but that gave way to "greater efficiency" will likely be gone for good; and all those smaller farms will likely require generations to reestablish.  We will have then created for ourselves an emergency (an emergency we should have foreseen) where the only minimally disruptive remaining solution will be to accept chemicals and bio-technology with already known adverse side effects we never would have accepted to start with.  And this is almost exactly what seems to be unfolding with dicamba right now.
So what can farmers and the consumers that support them do now?  Do we keep heading further down the same path, setting ourselves up for having to face even worse choices in the near future?  That's surely the direction mainstream agriculture is going to go, but our hope is that stories like that of dicamba will be a wake up call to many in our community (and elsewhere), that more people will recognize the overlooked costs of conventional agriculture, that they'll open their eyes to see how many bridges have already been burned, that they'll see the short-sightedness of choosing the short-term cost savings and conveniences of conventional food, and that they'll invest themselves in building alternatives that offer a thorough-going alternative to the series of foreseeable emergencies and gradual impoverishment that conventional agriculture represents.  Or to put that more simply: we hope you will increase your resolve to find the most thoroughly homegrown alternatives to the kind of food sold in supermarkets, not just tasty and colorful but calorie- and acreage-marginal things like vegetables (although that's often the best and easiest place to start), but also crops (like the soybeans in this story) grown for "vegetable oil" and feed for animals to produce the animal products you consume (and their substitutes like butter from grass-fed cows and other grass-fed dairy and meat.)
No comments: