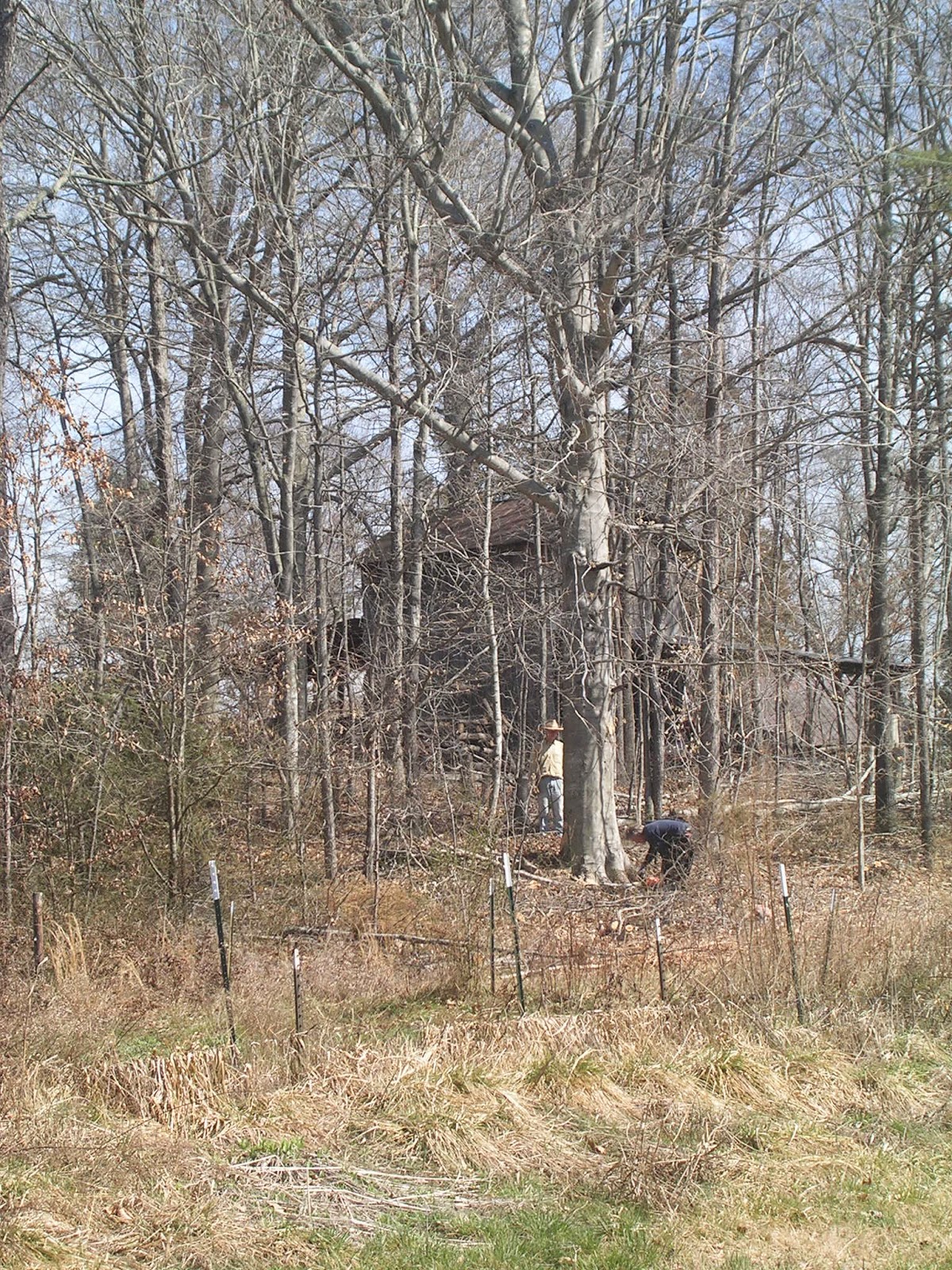 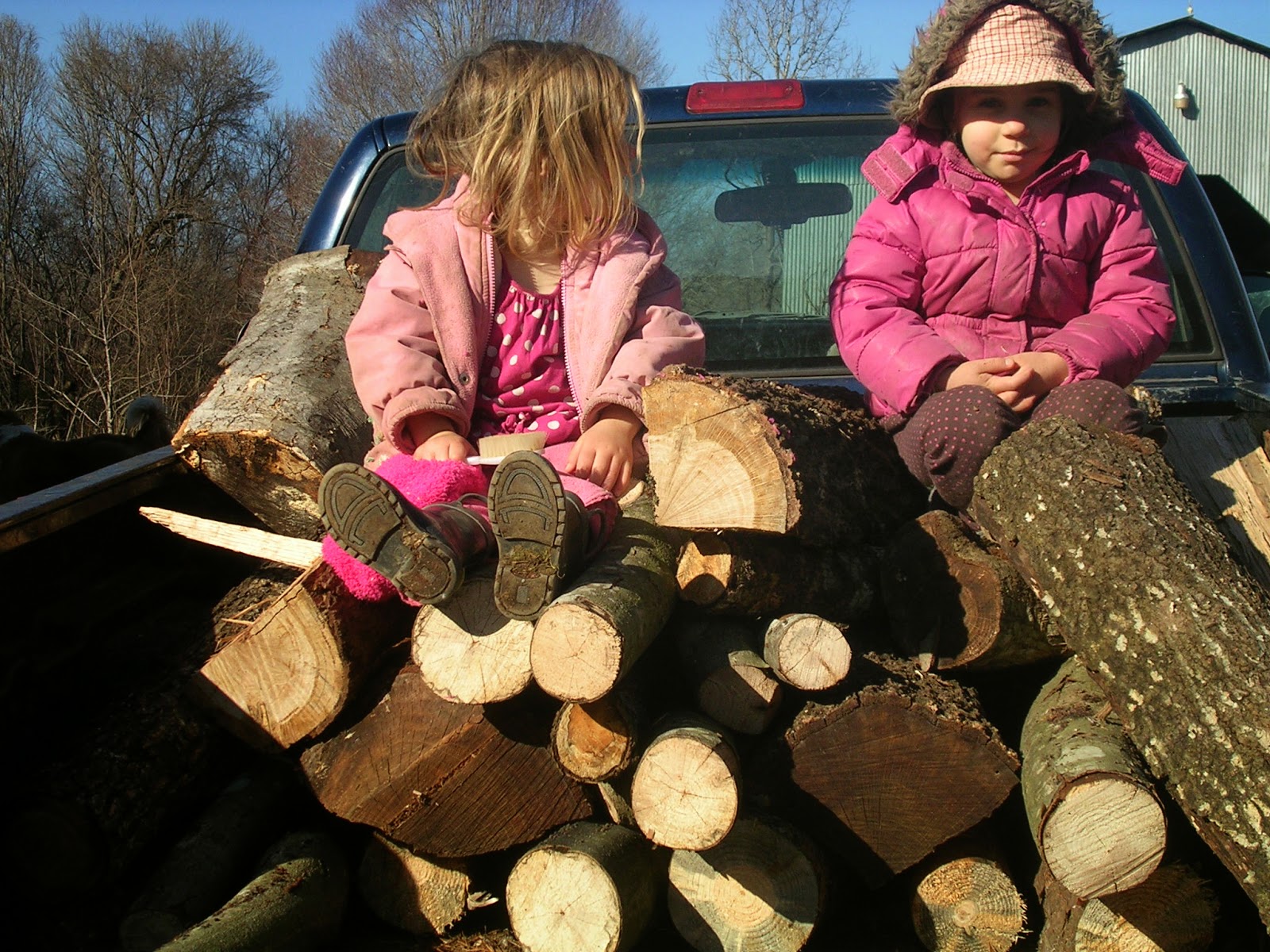 It's been a while since we've shared much news from the farm.  One very visible project we've been at work at through the winter has been felling trees.  Our property is over half woods so we're slowly trying to open up land that is closer to the house and barns to convert to pasture.  Of course, livestock require a lot more care and time than timber, so it makes sense to keep the animals closer. We were also motivated to start working on clearing land adjacent to the electric line right of way after the power company came through to do their periodic clearing.  We realized that by clearing land adjacent to the right of way we weren't just gaining more usable land there, but we were also eliminating the need for the power company to run its big equipment through the right of way itself, allowing us to make better use of that space as well.  We generated a lot of firewood from the project which will keep us warm for a long time.  Some of the wood was put to good use inoculated for shitake logs.  And some of the logs headed to our friend's sawmill where he's sawing them into boards to be used for a number of projects on the farm, including better housing for the combine. Other logs, like sycamore, walnut, and cherry we have hopes of selling to furniture makers or possibly doing some fine woodworking ourselves. 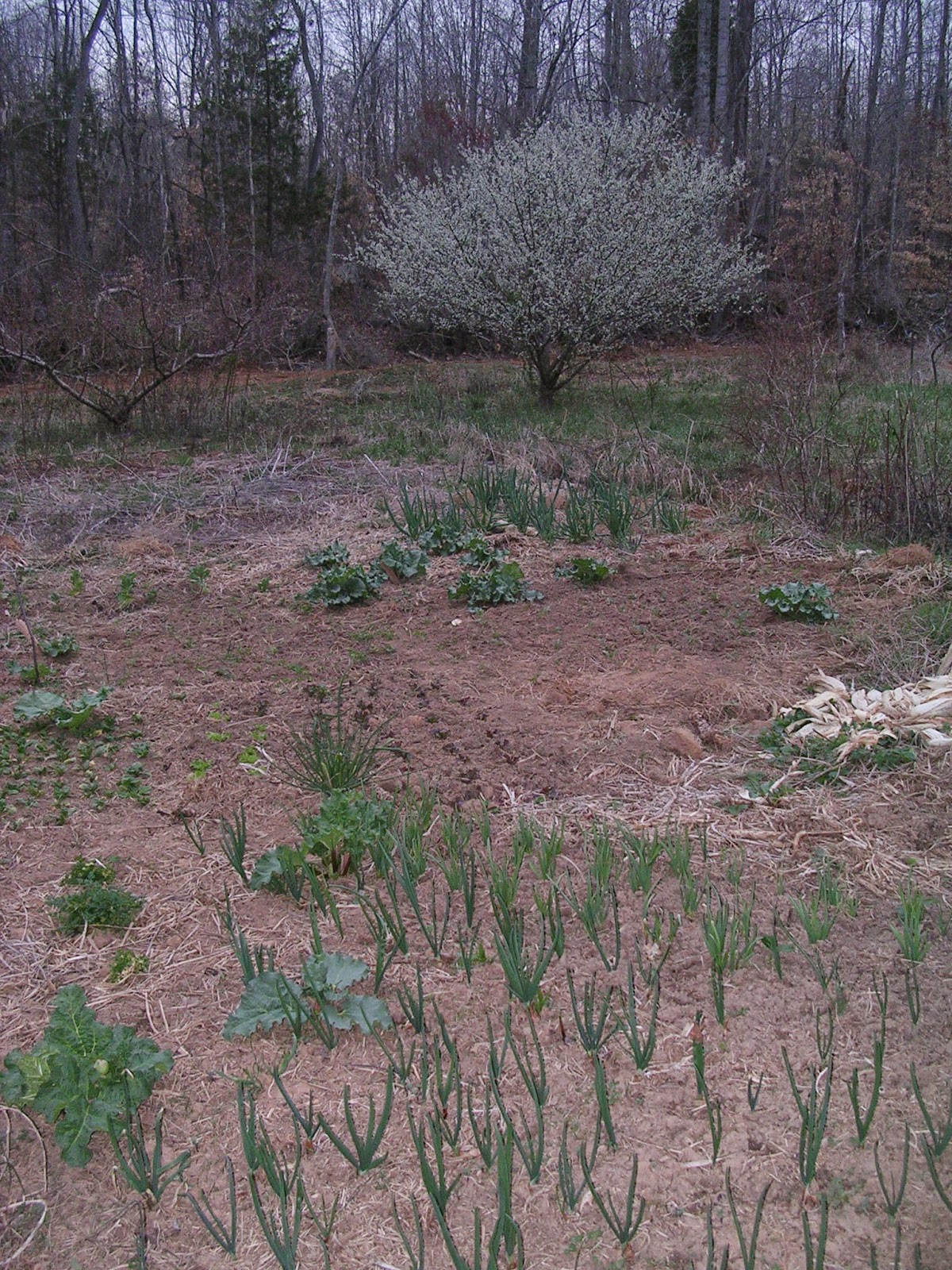 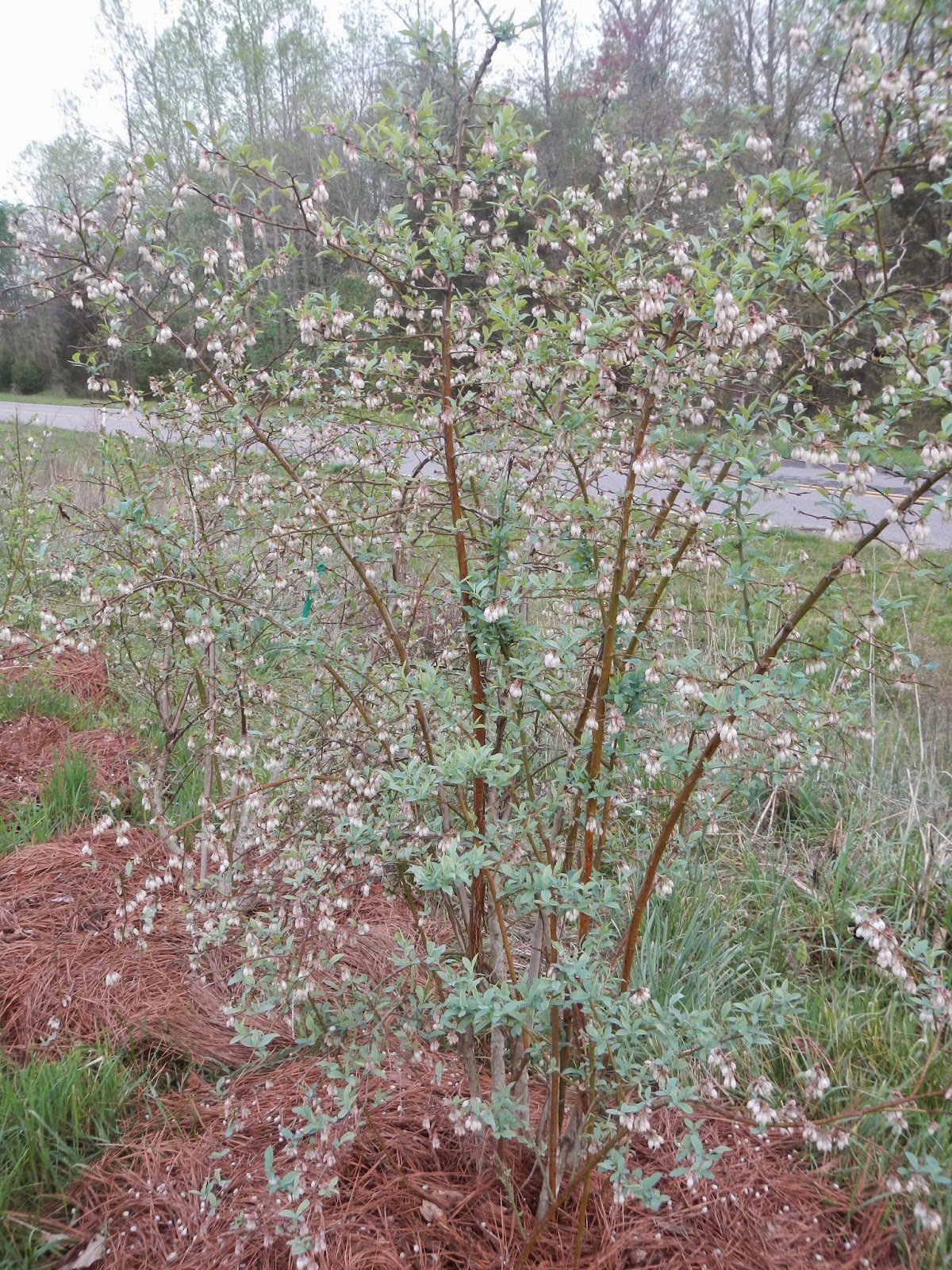 But for as many trees as we've cut, we've probably planted even more.  Eric has a continuing passion for fruits and nuts and continues to plant the farm to edible trees and bushes.  You can't walk far on the farm and he'll point out something he's planted or grafted in place to a volunteer seedling.  Persimmons, figs, pomegranates, hardy citrus, improved black walnuts, chestnuts, mulberries, apples, pears, pecans, jujubes, pawpaws, blueberries (20 different varieties at that!)... most anything that might be able to survive and produce in our climate is being trialed, and we're expanding those plantings that have already shown promise.  So this early spring included walking around to find space for more, and then more planting and more grafting.  The tame (but thorny) blackberries have proven themselves easy maintenance and delicious so we planted a long row of them near the now cleared power right of way.  Figs are a great treat but the chickens think so, too.  So we found a space for more of them in a fenced in garden space. Unfortunately, for the second year in a row now, winter was cold enough to seriously injure the figs, so they've been set back again. 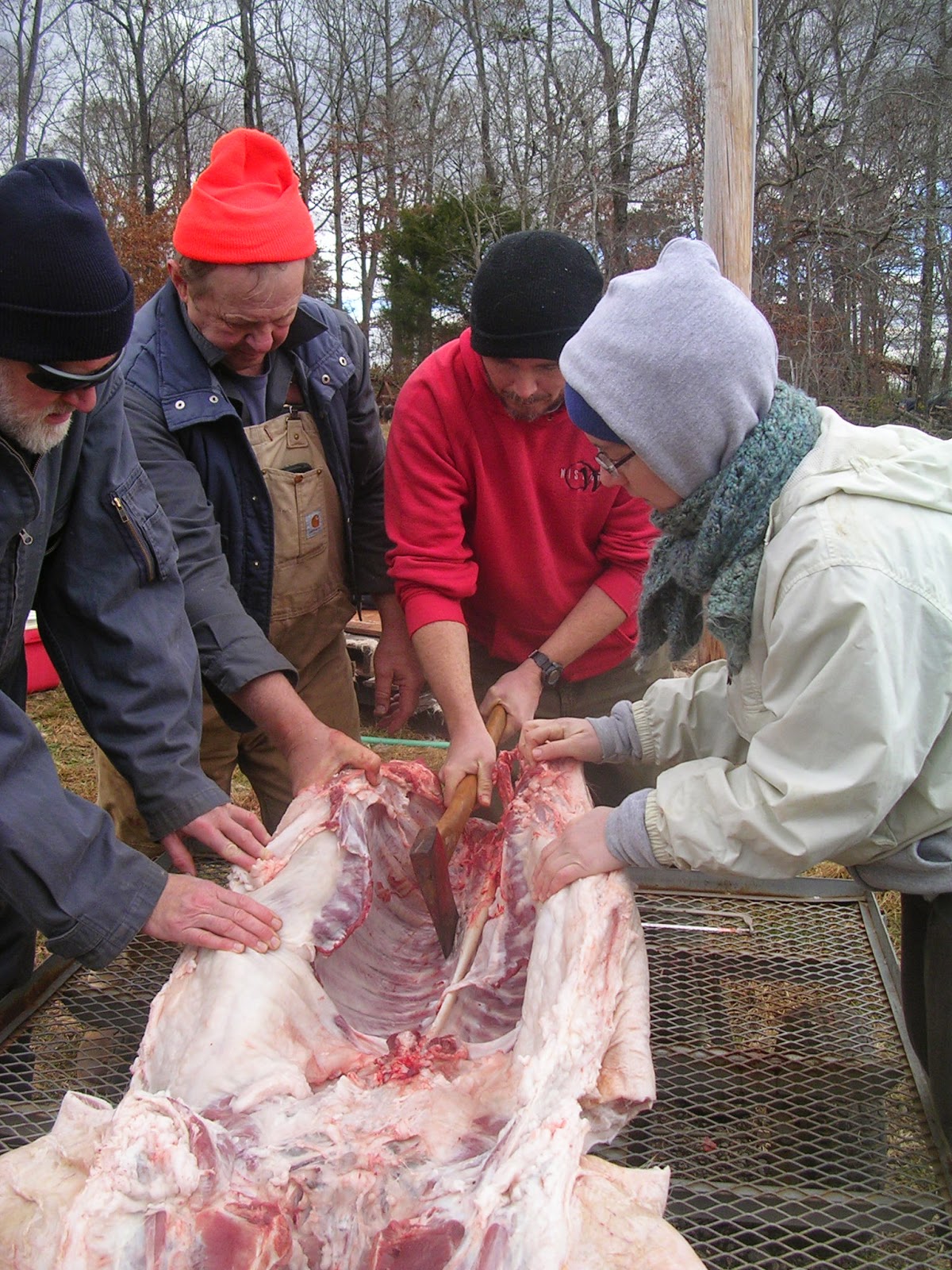 Another winter project was to finish raising up a hog.  This is the second time we've raised hogs and we were quite encouraged this time especially by how little feed we needed to give him that was grown specifically for him (i.e. grain).  Instead, he feasted on discarded vegetables (pumpkins with bad spots, too small sweet potatoes, over-ripe watermelons...), whey from cheesemaking, the milk from the day the cow stepped in it... enough acorns collected in just part of one afternoon to provide the main part of the feed for over a month... To see our waste turned into lard and bacon was to see the real usefulness of a hog on a farm like ours.  Empty milk glasses and every other dish in the kitchen were first rinsed into the slop bucket for the hog before washing.  (Throwing scraps out on the compost pile doesn't feel as rewarding!)  We then had a group of friends help us butcher him on the farm.  It felt quite like the community butcherings of back in the day must have felt.  Doing it ourselves, nothing went to waste.  We even cooked up the head, heart, trotters, and snout into some of the best tasting scrapple we've ever had - it was pretty much the only scrapple we've ever had!  We rendered the lard which has been a treat to pop popcorn and for frying in, especially hush puppies and sweet potato chips.  Some of the meat we froze and some of it we canned.  And some of it we cured - one ham, the jowls and the bacon.
Sorting seeds is another routine of the colder days.  The floor of the upstairs room was completely covered in jars and envelopes swollen with seeds as we went through and decided what to grow this year, what seeds to store away, and which were old enough to retire (either to the compost pile or to animal feed or to eat ourselves as with peas and beans).  Germ testing at this time of year helps us decide which seeds are good.  It's a false high to see bean and corn seeds germinating in mid-January!  We continue to hone our seed saving skills and would say we are now planting about 75% of seed we've saved ourselves.  This is extremely rare among vegetable farmers like ourselves.  And it's not easy by any means.  Planning ahead where varieties will go and making sure isolation distances are enough between varieties, not harvesting crops for market because they are for seed saving, making sure to actually get the seed harvested and processed before weather or insects make it unusable... the challenges are numerous.  But when it's all laid out on the floor like that mid-winter, jars of seeds that we've saved, varieties that we've grown to love that won't just disappear at the whim of some big seed company, seeds that have been handed down from people we know... it's all quite the opposite of patent protected seeds owned by big chemical companies.  And it's really nice when the seed order for the whole year is less than $100 (and much of that is for new varieties and new crops that we just want to trial, varieties from which we can save seed if we like them.)

The daily winter project is chores, even when winter hits it's most miserable.  Eric likes to say the cow can wait to be milked until it's above freezing, but whether it got above freezing soon enough or not, she still needed to be milked twice a day.  It often takes extra time and care in the winter to make sure the cattle, goats, chickens, geese, and dogs are all fed and watered. 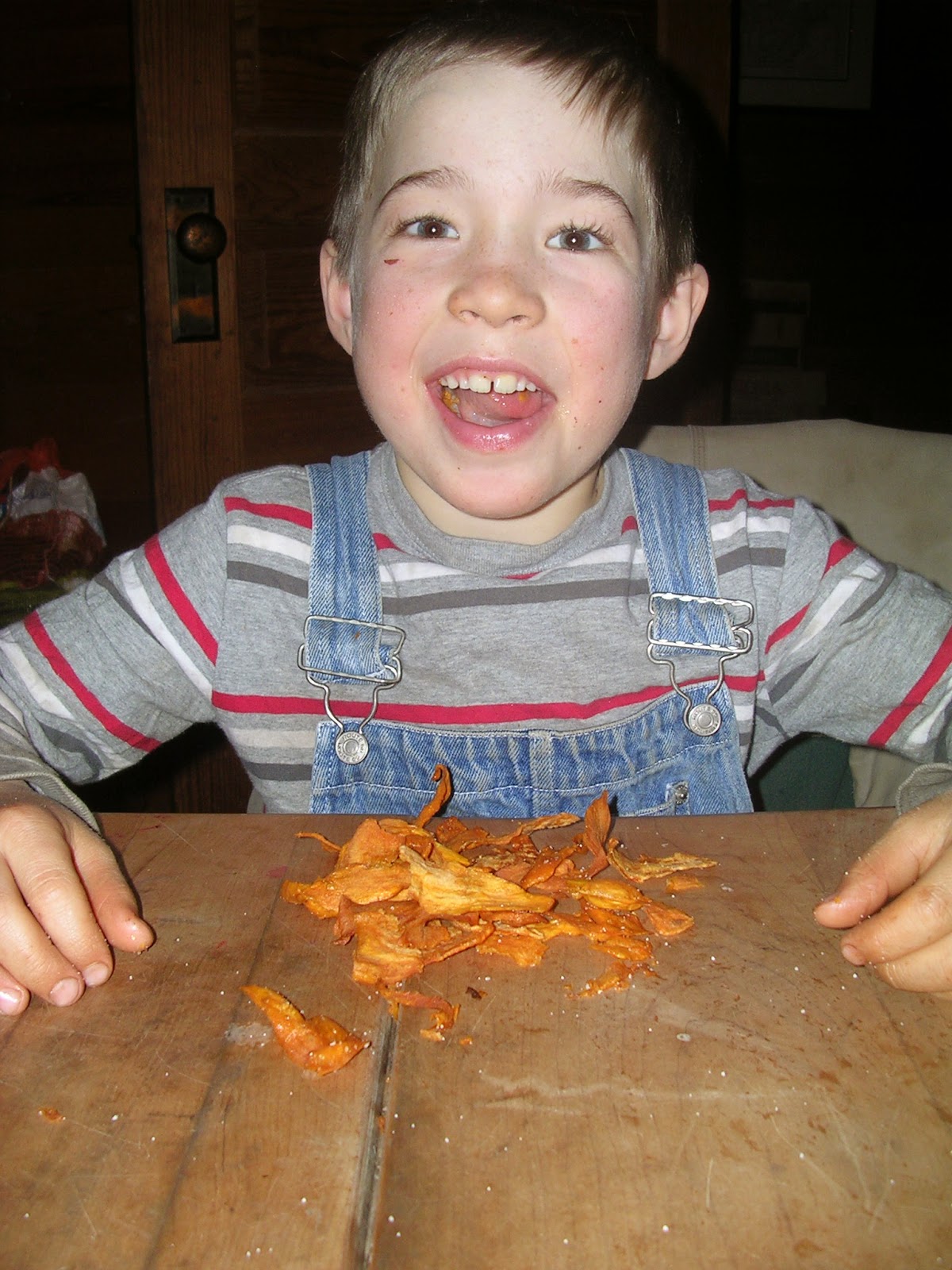 Our winter to-do list is long and ambitious each year.  It's the time of year to build and repair, to study and plan, to clean and organize, to visit and host other farmers.  And of course to eat well.  Come Christmas time the garden crops had frozen out.  But the larder was full: canned goods double stacked on the shelves, freezers jam packed, big bags of peanuts hanging from the ceiling, boxes and boxes of sweet potatoes, pumpkins, squash, yacons, and turnips, and a daily supply of milk and eggs coming from the barn. Yes, we feasted through the winter, but now it's time to earn another year of eating.  We're looking forward to seeing you all more regularly very soon.  Or make plans to come see us at the farm.
2 comments: 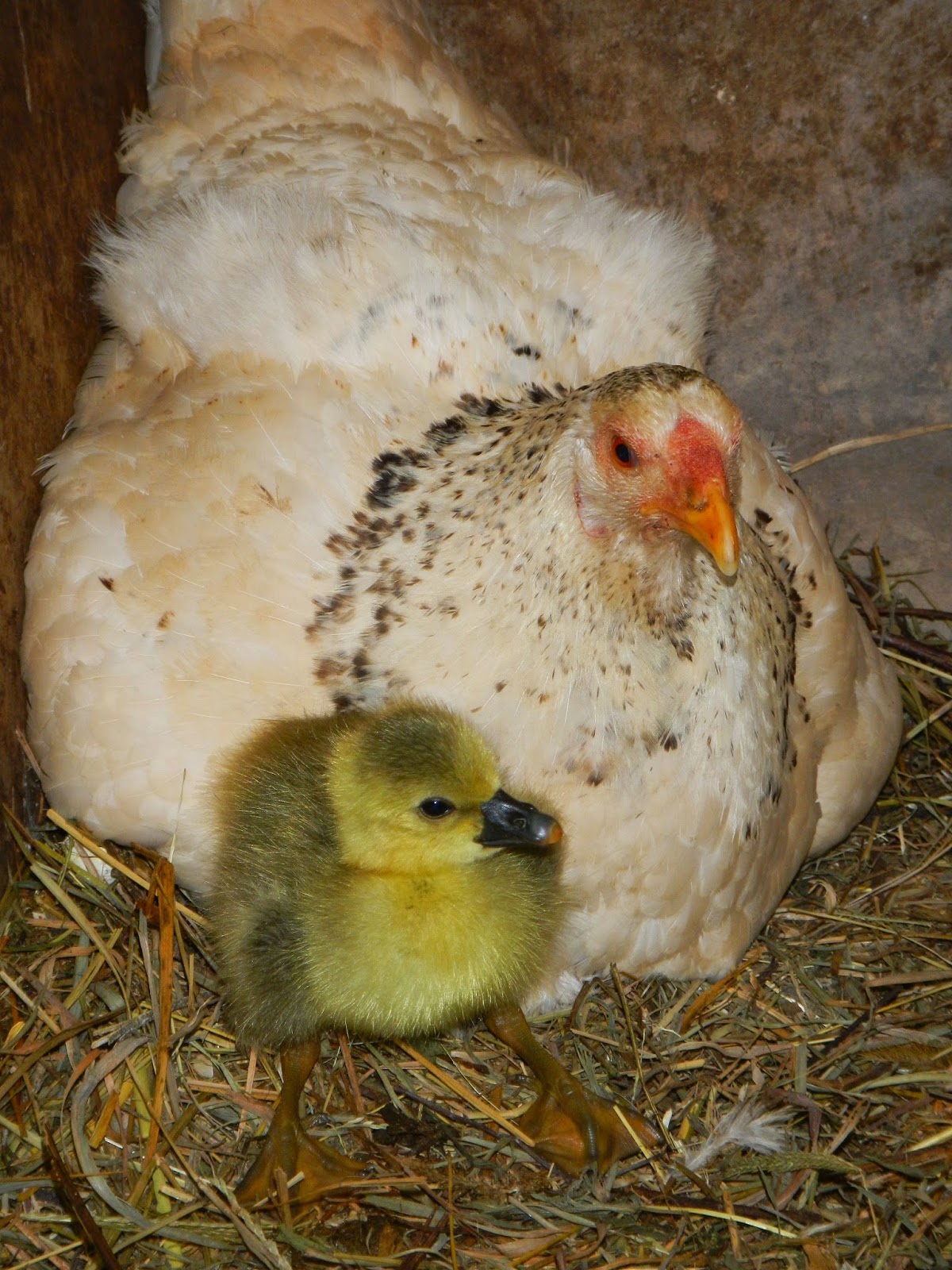 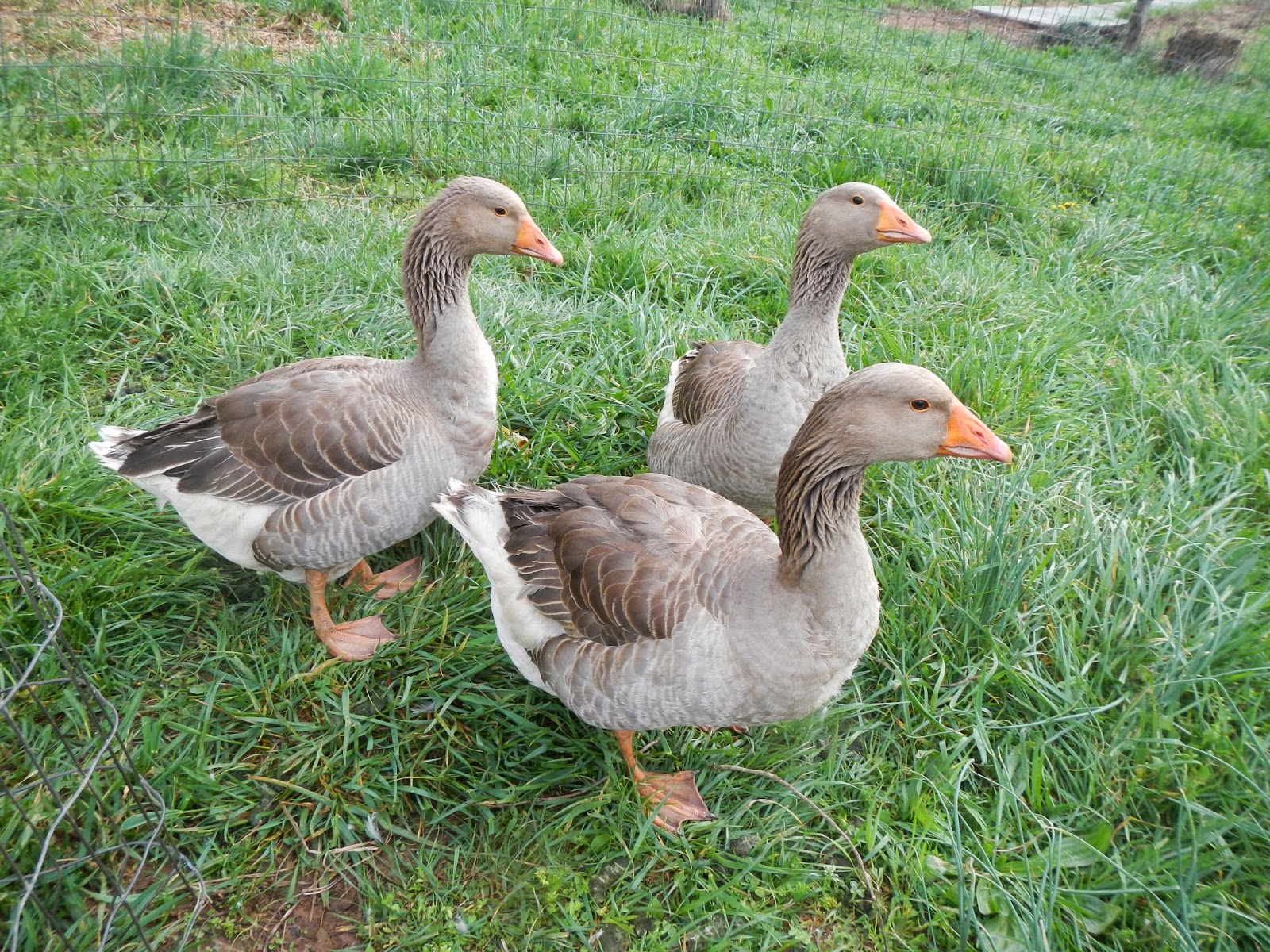 This broody hen hatched our first gosling of the year for us.  The geese deserve some credit, too!
No comments: