After two years in a row of losing most of our bean crop to Mexican bean beetles, we decided it was time to take a chance on some organic snake oil.  It arrived today via next day air: Pediobius foveolatus, a tiny wasp that lays its eggs inside the bean beetle larvae. 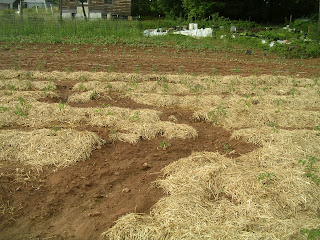